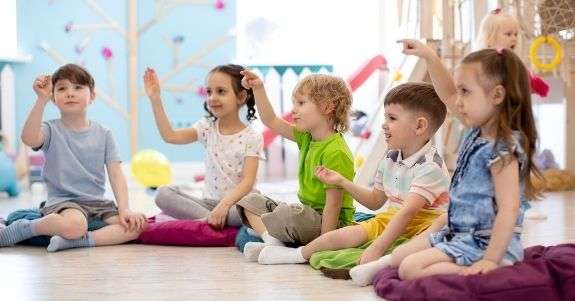 The Best Age for a Child to Learn a Foreign Language

Many students don’t begin learning second languages such as Spanish or French until middle school. Although this is still far from the end of their school years, bilingual education should begin even sooner. Older students shouldn’t shy away from learning second languages, but there’s a better age range to start learning. Below, we’ll dive deeper into the best age for a child to learn a foreign language.

During the earliest years of a child’s education, they’re learning a lot—reading, grammar, math, and more. Although it seems like young learners already have their plates full, there’s room for a second language. A child’s brain is most flexible before the age of five, so it’s never too early to start their bilingual education. In fact, at Sonrisas Spanish, we have curriculums outlining Spanish for preschoolers to encourage this early education.

By learning a second language in tandem with their native language, a child can begin developing key cognitive abilities such as memorization and problem-solving—two invaluable skills to develop at a young age. The younger a child begins learning a new language, the sooner they can achieve fluency. Of course, keeping that fluency throughout their whole life is important for bilingual speakers. That said, when it comes to the best age for a child to learn a foreign language, the answer is as early as possible.

Now that you understand when and why to introduce a second language to your child’s education, you can begin today. Even if a local kindergarten or preschool isn’t teaching second languages, parents can conduct the bilingual education themselves at home. Homeschooling requires time, planning, and effort. If you’re willing to provide those factors, your child’s home can be the perfect place to learn a second language, especially if the whole family uses that language in regular conversations. The more exposure a young learner has to a second language, the more natural it can become to them.

Spanish Songs that Will Help You Learn the Language August 11, 2022

Planning and Prep for Your Sonrisas Lessons August 1, 2022