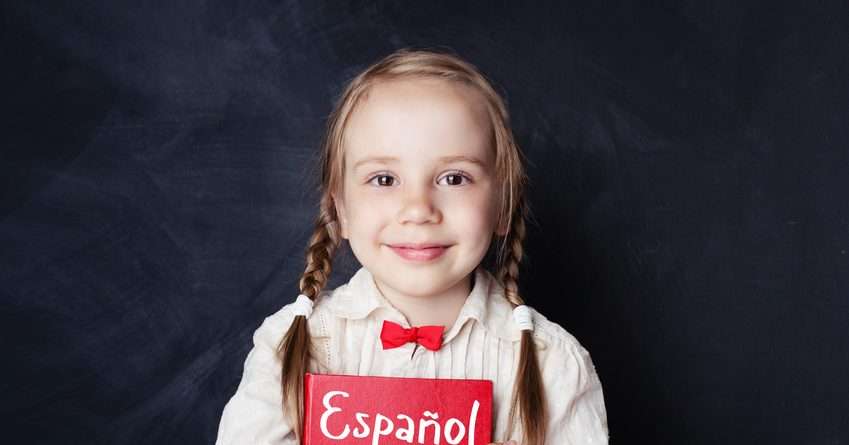 When it comes to learning a foreign language, studies have repeatedly shown the earlier a person starts learning, the better off they’re going to be.

What does that mean for your child? It means your child can communicate with many people around the world; it opens them up to a wealth of opportunities to learn about Spanish culture and its one of the easiest languages to learn.

By enrolling your child in an elementary school Spanish curriculum or kindergarten Spanish curriculum, they have a chance to learn one of the most common languages in the world and very quickly. Obviously everyone’s capacity for learning is different, but Spanish is among several languages (French and Portuguese are among the others) that can be learned quickly.

It’s estimated that Spanish takes roughly 480 hours to learn, and since your child’s mind is like a sponge they’ll easily be able to pick up all the intricacies of reading and speaking Spanish.

Another benefit of an elementary school Spanish curriculum is that it gives your child a chance to see the world beyond their school or even the town they live in. By learning Spanish, your child will be able to understand many cultures around the world while also developing their emotional and social skills. This will help them immensely as they get older as they travel, meet new people, and even apply for jobs.

With almost 400 million Spanish speakers around the world, learning Spanish is immensely helpful if you’re going to be traveling. Spanish is the official language of 21 countries around the world and countries like Mexico, Argentina and Peru offer exciting and exquisite travel opportunities. Whether you’re traveling together as a family or your child eventually goes on a study abroad trip in college or works internationally as an adult, knowing a second language can be very useful.

Whether you’re having your child read Spanish storybooks at home, they’re enrolled in a Spanish language immersion program, or a private tutor is teaching them, there are ample benefits your child can gain from learning Spanish. It will help them better understand the world around them, it will help them gain mastery over two languages (their native language and Spanish), and it will give them another avenue in which to interact with people.