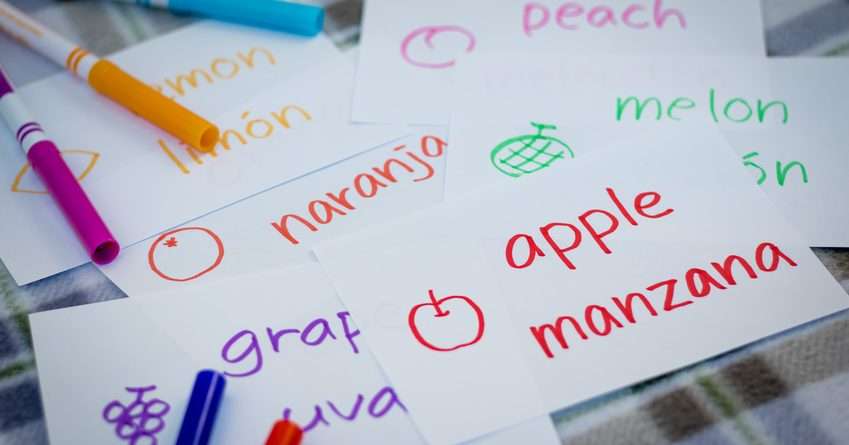 How Does the Brain Acquire Language?

As social animals, humans are hardwired for communication. The brain has specific structures for acquiring language and appears to use them consistently. This means that even though language learning may be more difficult for adults than children, the same brain structures and processes are used to learn middle school Spanish curriculum regardless of age.

Here are some ways the brain is structured to acquire language:

Anyone who has worked with preschoolers has seen the “propose-then-verify” method of language acquisition in which the child will use a word, then look to the parent or teacher for verification that the word was used correctly. A study was conducted using MRIs to determine how the propose-then-verify process works in the brain and it found that the hippocampus lit up. This supported a theory that vocabulary building is facilitated through the hippocampus as it builds links between words and objects.

Myelin is the insulating sheath that covers nerves. Myelin is useful because it speeds the transfer of nerve signals by reducing signal loss.

This is a double edged sword. By insulating the neural connections, they become second nature. As an adult, you instantly think of the word “fork” when you see a fork. However, this hard-coding of the word “fork” also means it is more difficult to learn the word “tenedor” for the same object. In short, myelin seems to be responsible for inhibiting the ability to learn a second language during adulthood.

Children’s brains are highly neuroplastic. This means that they can create new neural pathways and connections easily. One reason they do this is a lack of myelin. This allows a child’s brain to easily form a new connection when, for example, a Spanish word is associated with an object that already has an English word connected to it. This ability means that the middle school Spanish curriculum quite literally goes into a child’s brain easier than an adult’s brain.

Spanish curriculum for kids takes advantage of the critical time in early development when acquiring language skills comes naturally and easily. Neuroplasticity means a child’s capacity to pronounce unfamiliar, foreign sounds and to absorb new grammar rules is much greater prior to age six.

In native speakers of a language, the superior temporal gyrus is responsible for automatically decoding words and phrases. These words and phrases are then passed to the Wernicke’s area of the cerebral cortex to decode and comprehend their meaning.

Our brains are hardwired for language, but the way second languages are acquired and processed is different from native languages. This is one reason teaching Spanish language early is so effective — it is acquired as a native language.