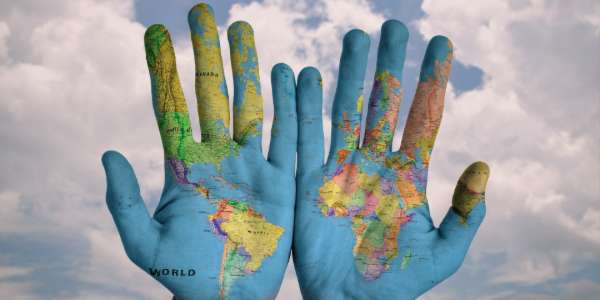 5 Benefits to Bilingualism in a Globalized World

Learning a second language has many benefits in a globalized world. But while many other countries recognize the benefits, the United States tends to lag behind the rest. In fact, more than two-thirds of the world’s children are bilingual, while fewer than 20% of Americans speak another language in addition to English, according to the Summer Institute of Linguistics. Moreover, studies have shown that the window for a child to easily learn a second language closes around age six.

Exposing children to a second language is like an exercise machine for their brains. Researchers have found that learning a second language can activate new parts of the brain for processing sounds not found in a native language, create new functionality to connect the newly activated parts of the brain, and anatomically restructure the brain to recognize and switch between languages.

This remodeling of the brain is most profound when the child is immersed in the second language. Studies have shown Spanish language immersion programs can result in levels of reading and listening comprehension comparable to native speakers. Interestingly, the same studies found that learning a second language has generalized benefits beyond language skills. For example, bilingual children have better problem-solving skills and better recognize non-verbal social cues than monolingual children.

Children will interact and engage with people from many different backgrounds throughout their lifetimes. Moreover, in a world connected by social media, friends can be found anywhere in the world. The ability to speak a second language opens opportunities to socialize with many more people with much more diverse lives. Again, these social opportunities can begin early, with lessons in Spanish for preschoolers providing an opportunity to socialize with other Spanish learners and native Spanish speakers that could become lifetime friends.

Speaking a second language is not the only benefit of bilingualism. The ability to understand a second language as it is written and spoken gives an insight into other communities and their concerns as a child interacts with books, news websites, television programs, and movies in the second language. Even starting with Spanish storybook sets can provide a child with the insight and open-mindedness to understand that there are people and places different from the child’s own direct experiences.

As the child grows up in a globalized world, being able to speak, read, write, and understand a second language gives the child the ability to seek out more sources of information about more topics and gain a broader cultural understanding of the world.

Through Spanish language immersion programs, your child can experience a wealth of new opportunities. Rely on Sonrisas Spanish School today when you want to invest in your child’s future.