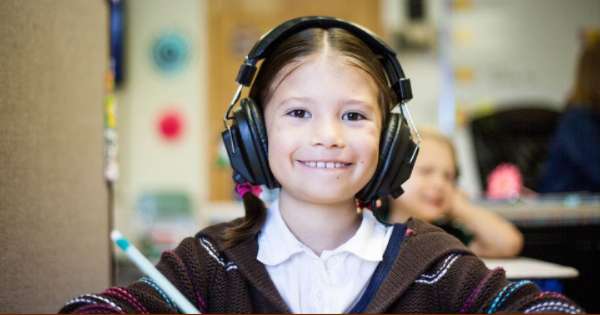 3 Reasons Your Child Should Learn Spanish

Did you know that only 20% of students learn a foreign language in the United States? This figure is quite low compared to Europe’s 90%. Even though English is the official language in the U.S., there is an increasing need for children to learn additional languages. Now more than ever, people from different cultures have to interact on a daily basis, whether that be in the workplace or in social settings.

Though there are several languages children can take up, Spanish stands out among the rest. In this article, you will find out why a Spanish dual immersion program can benefit children.

1. Spanish Ranks High Among the Most Spoken Languages

In the U.S., there are approximately 37.6 million people whose first language is Spanish. Due to the flow of new immigrants from Latin America, Spanish is the fastest rising non-English language in America. Projections based on a Pew Research Center report indicated that there will be over 120 million Latinos in the U.S. by 2060. At that point, America will most likely be the largest Spanish-speaking country in the world. As such, a kids Spanish curriculum will enable children to communicate with a large portion of the future population.

Even globally, the potential of Spanish has been recognized. The British Council ranks non-English languages based on how important they are for British citizens to learn. To identify the “Languages of the Future,” they assess economic, cultural and diplomatic factors.

Though there are very few Spanish speakers in Britain, this report recommended Spanish as the most important language for their citizens to learn. This, in itself, highlights the crucial role Spanish will play in the world in the years to come.

2. Makes It Easier for Them to Learn Additional Languages

Research shows that the ability to speak a second language makes it easier for children to learn a third language. Being a Latin language, Spanish has similarities with languages such as Portuguese, Italian, and French.

As such, a dual language immersion program for Spanish will make it easier for children to learn other Latin-related languages in the future.

However, the timing for starting kids Spanish curriculum will also play a role in their ability to learn more languages in the future. This is because the best time to start teaching a child a second language is between 3-4 years.

This may sound ridiculous given that children that young have not yet mastered their first language. However, a study by Harvard University suggests otherwise. This is because learning a new language at a young age enhances a child’s creativity and critical thinking ability.

By the time children are at 6-7 years old, their ability to learn a new language is at its peak. This makes it easier for them to learn more languages. This peak period extends to puberty but after that, learning a new language becomes harder as they age. Therefore, it is never too early for a dual language immersion program.

In addition to a dual language immersion program, there are many resources that can be used to help children learn Spanish with ease. They include Spanish storybooks, activity books, and audiobooks. These are all essential tools for a Spanish curriculum for kids.

Thanks to technology, the world has opened up. Businesses can now access global markets, and people can easily travel to other countries for pleasure or work. As such, being multilingual makes it easier to capitalize on these opportunities.

Therefore, teaching children additional languages has now become a necessity. Spanish, in particular, is the best second language for a child to learn. With a dual language immersion program, your child will be speaking fluent Spanish in no time.

Why Your Child Can Benefit From Learning a Foreign Language at an Early Age March 19, 2020